#SUSTAINABLEPETFOODS | Facebook | Instagram | Twitter
Byproduct pet food ingredients have gotten a bad rap and hefty amounts of criticism over the years; some of it justified, but plenty of it not.

What's unfair and untrue is the broad characterization of all food industry byproducts as "bad," or to view all food byproducts as created equal. These misleading concepts form the backdrops for many pet food marketing campaigns.

Consider that when a Thanksgiving turkey is carved, the carcass, frame, organs, skin, gristle, and all leftovers could rightfully be classified as "byproducts" of that human meal (according to pet food regulations and ingredient definitions). Are those parts of the turkey unhealthy, unclean, or otherwise undesirable?

Similarly, when the chicken breasts and thighs are trimmed and isolated on a human meat processing line, are the remaining parts of the chicken unhealthy, unclean, or otherwise undesirable? Fit only to be wasted, and tossed in the trash? 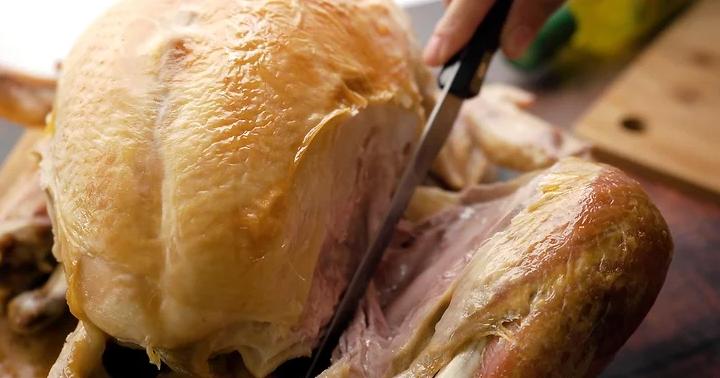 image source: wikihow.com
To the contrary. The "byproducts" of that process, including the frames and viscera (organs) are some of the most nutritious elements of the food production animal. The fact that our widespread American human food sensibilities don't identify them as such doesn’t change the fact.

And our food sensibilities certainly don't change the objective reality that these parts of the food production animal are excellent nutrition, and genetically appropriate for our pets.

Our dogs and cats are domesticated versions of wild canines and felines, and their diets should reflect the natural diet as much as possible if optimal health is the goal.

If you've watched television shows featuring carnivorous animals you know that nearly every element of a prey creature is consumed. In fact, the "clean," "white," American meat preferences are some of the last to go; the organs some of the first.

Why is that? Because wild carnivores instinctually look to maximize their nutrition at every meal, and that involves devouring the prey creature's organs, not carefully selecting well formed, visually appealing cuts of "white" muscle meat.

And so the leftovers of a chicken meal might not look particularly savory to you, but don't conflate human food sensibilities with sound carnivorous nutritional principles. We promise the lions, wolves, bobcats, and coyotes would find your food preferences as baffling as you might theirs.

Consider the science and logic of this information, and begin to introduce suitable scraps from your own meals to your carnivorous pet. Read about our important 1 Food + You initiative.

Don't fall for the false idea that pets should only consume "clean" muscle meat similar to what's served at premium restaurants. The natural diet, the "prey" model, dictates that carnivorous canines and felines consume all elements of the prey creature, not just muscle meat.

Think outside the box. Reject fallacious marketing that runs contrary to pet nutrition and health, and promotes environmental irresponsibility.